To get started, first request an invite on the Streamlit Cloud Community sign-up form. Once you receive your invite email, you're ready to deploy!

Put your Streamlit app on GitHub

Python requirements files should be placed either in the root of your repository or in the same directory as your Streamlit app.

Only include packages in your requirements file that are not distributed with a standard Python installation. If any of the modules from base Python are included in the requirements file, you will get an error when you try to deploy. Additionally, use versions 0.69.2+ of Streamlit to ensure full Streamlit Cloud functionality.

If packages.txt exists in the repository we automatically detect it, parse it, and install the listed packages as described below. You can read more about apt-get in their docs.

Add apt-get dependencies to packages.txt, one package name per line. For example:

If the email you originally signed-up with isn't the primary email associated with your GitHub account, just reply to your invite email telling us your primary Github email so we can grant access to the correct account. 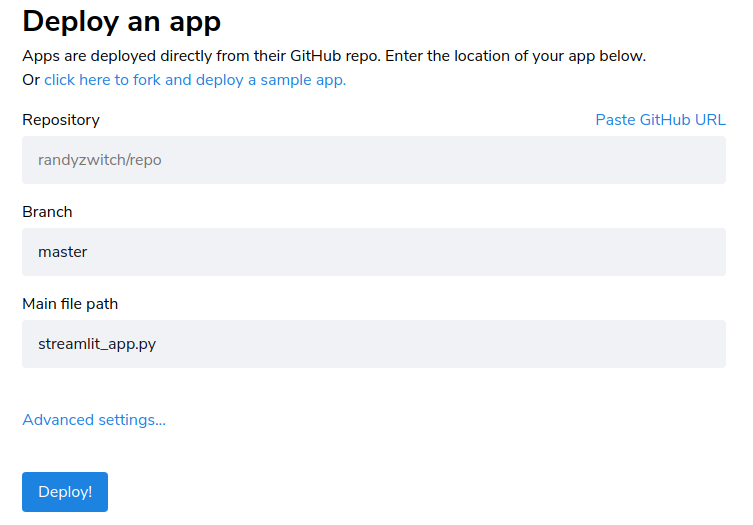 If your app has a lot of dependencies it may take some time to deploy the first time. But after that, any change that does not touch your dependencies should show up immediately.

That's it — you're done! Your app can be found at:

If your app has name streamlit_app.py and your branch is master, your app is also given a shortened URL of the form https://share.streamlit.io/[user name]/[repo name]. The only time you need the full URL is when you deployed multiple apps from the same repo. So you can also reach the example URL above at the short URL http://share.streamlit.io/streamlit/demo-self-driving.

It is a bad practice to store unencrypted secrets in a git repository. Secrets management allows you to store secrets securely and access them in your Streamlit app as environment variables.

In the Streamlit Cloud deployment interface, there is a link for 'Advanced settings'. Clicking this link will bring up the secrets interface:

Provide your secrets in the "Secrets" field using TOML format. For example:

Use secrets in your app

Access your secrets as environment variables or by querying the st.secrets dict. For example, if you enter the secrets from the section above, the code below shows you how you can access them within your Streamlit app.

When developing your app locally, add a file called secrets.toml in a folder called .streamlit at the root of your app repo, and copy/paste your secrets into that file.

Be sure to add this file to your .gitignore so you don't commit your secrets to your public GitHub repo!

Now that your app is deployed you can easily share it and collaborate on it. But first, let's take a moment and do a little joy dance for getting that app deployed! 🕺💃

Your app is now live at that fixed URL, so go wild and share it with whomever you want. From your deployed app you can click on the "☰" menu on the top right and select 'Share this app' to post it directly into social media or to share with the community on the Forum. We'd love to see what you make!

To help others find and play with your Streamlit app, you can add Streamlit's GitHub badge to your repo. Below is an example of what the badge looks like. Clicking on the badge takes you to, in this case, Streamlit's Face-GAN Demo.

Once you deploy your app, you can embed this badge right into your GitHub README.md by adding the following Markdown:

Streamlit also smartly detects whether you touched your dependencies, in which case it will automatically do a full redeploy for you - which will take a little more time. But since most updates don't involve dependency changes, you should usually see your app update in real time.

Collaborate on your app

You can collaborate with others by having multiple contributors pushing to the same GitHub repo. If you want to try out something new while still keeping your original app running, just create a new branch, make some changes, and deploy a new version of the Streamlit app.

Every deployed app has its Github source code linked in the "☰" menu on the top right. So if you are looking to understand the code of another Streamlit app, you can navigate to the GitHub page from there and read or fork the app.

Streamlit Cloud's Community tier is completely free and is meant to get you started with sharing your Streamlit apps. If you need a solution with access controls, ability to deploy from private repos, ability to customize resources, and much more, please check out the Enterprise tier.

For apps without traffic for 7 consecutive days, they will automatically go to sleep. This is done to alleviate resources and allow the best communal use of the platform! Here are some need to know's about how this works:

To view or change your deployed Streamlit apps, use your app dashboard at share.streamlit.io to view your apps, deploy a new app, delete an app, or reboot an app.

When you first log into share.streamlit.io you will land on your app dashboard, which gives you a list of all your deployed apps. This list does include apps deployed by other people who have push access to the same repos as you, since you're all managers of those apps. Such apps are indicated with an icon like this one: 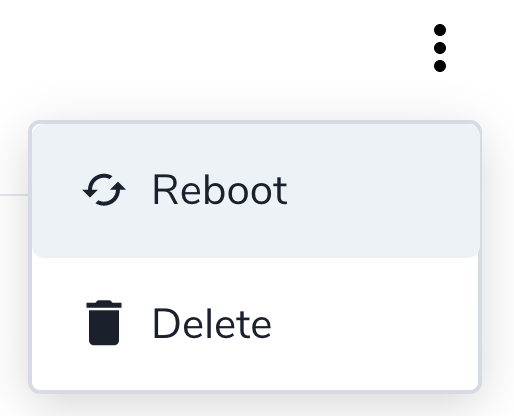 If you're not using the app anymore, go ahead and delete it! That will free up space for you to host new apps. Click the "︙" overflow menu to the right of the app and select delete. To make sure that you do want to delete the app we ask you to type in the name of the repo to confirm that app will be deleted. Don't worry if you have multiple apps in that repo, we'll just delete the one you selected. 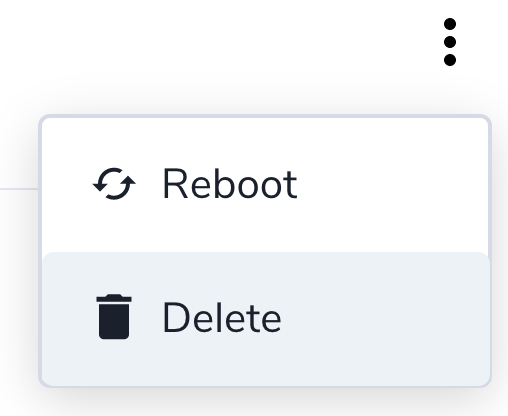 Here are some limitations and known issues that we're actively working to resolve. If you find an issue please let us know!